Build & Sell: The Two Traits Successful Entrepreneurs Have In Common

To be an early stage entrepreneur, you have to BUILD AND SELL. I took this concept from Naval, but it was the main point that resonated with me while reading the Almanack of Naval. It reminded me of my business partner Jayson and I's first go round with building & selling together.
February 13, 2021
By
Austin Riley Gray 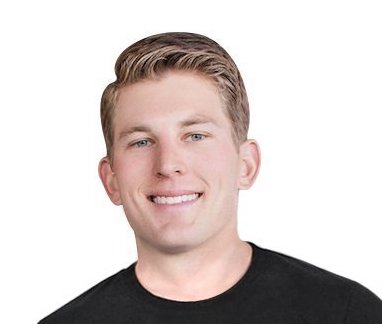 To be an early stage entrepreneur, you have to BUILD AND SELL. I took this concept from Naval, but it was the main point that resonated with me while reading the Almanack of Naval.

This concept reminded me of 2019 when we took a major risk and built a coworking space in the small mountain town of Winter Park. Why did we do this? Because we were confident in our ability to both build & sell.

My business partner, Jayson and I had just acquired Green Spaces Coworking in September of 2018. We had previously created a small 1,200 sq. ft coworking space as a side project in Winter Park during 2017.

We made the decision at the beginning of 2019 that if we were going to continue operating a coworking space in Winter Park, then we wanted to do it up right.

Rather than be on the 2nd floor of an old indoor mall built in the 70's, we decided that we wanted to build the absolute best office product in town. So we identified the best building in town, raised some capital, and went to work building out Green Spaces location #2.

Throughout the first 3 quarters of 2019, we worked 7 days a week, mostly 14 hours a day building the coworking space. We played all of the roles we could possibly manage to save as much money as we could — Entrepreneur, Fundraiser, Interior Designer, General Contractor, Framer, Painter, Caulker, Handyman, and we even installed the interior office glass windows & doors ourselves.

Did we know how to do this? No. But we were confident in our ability to figure it out. (My dad is also a General Contractor so I grew up working construction with him.) He let us take the lead on the project so we could learn how to do it, but he was there to help along the way especially with things like framing & installing the glass doors.

But the point is, we figured out a way to build during the first 3 quarters of 2019.

We finished the project in August of 2019. I can clearly remember launch day. Jayson and I's wives brought dinner to the coworking space as we finalized all the finishing touches.

It was a sigh of relief to know the build phase was over.

But showing up the next day to work, I realized we were starting a whole new phase of work. Sure, the physical demanding work was over. But the mental work was only beginning.

Q4 was time to sell.

And that we did. We launched a FB ad, set up a sales process, automated where we could with Zapier, and hit the phones. As people responded to the FB ad and filled out our contact form on the website, we incentivized customers to get to the next stage of the funnel by offering them a free week to come in and try out the space.

And this is where the Ah-Ha! moment is in our coworking funnel.

If we can get people under one roof at the same time, we can introduce them to each other. Yes, people are paying for a dedicated desk or office to work from in a coworking space, but we believe people are paying for a network to a community of like minded individuals. Our job is to get multiple people into the space for a free trial at one time.

What We Can't Control

We can't control whether someone clicks on our ad. (we can split test, but we can't directly control)

We can't control if someone takes us up on a free trial offer or not.

We can't control whether people buy a membership or not.

What We CAN Control

But, the factor we CAN control, is our diligence in the follow up process.

THEN we have an opportunity to get them into the space for a free trial.

And we get to control our effort towards the follow up process.

Be Relentless In What You Can Control

If someone tells you they are interested in your product, then you should be relentless in your follow up process until they give you a hard no.

Is this uncomfortable? Yes, absolutely.

Is this necessary to be a successful entrepreneur? Yes, absolutely.

If you want to be a successful entrepreneur, you must learn to BUILD and SELL.

As Naval Ravikant says, "If you can build and sell, you will be unstoppable."

Both traits can be learned. Therefore, there are no excuses.

Building The HQ In Public
Launching 2 Week Growth Sprint
5 Things Learned From Buying Our First Business
A Principle For Business Partnerships
Adding Value To A Mentor
Exact Email Strategy I Used To Get A Response From A Dream Mentor
Opening Up EntrepreneurHQ
The EntrepreneurHQ Mission
Entrepreneurship Is The Answer
Retaining Talent In The Information Age
Why I'm Building EntrepreneurHQ
Three Similar Traits Among Most Entrepreneurs
Talk To Customers
Swing At The Curveballs
Spin Selling Summary: 4 Main Questions To Ask Potential Customers

Want to learn how to scale startups from successful founders?

Consider joining my weekly Founder Friday newsletter. Each week, I interview one successful startup founder on my podcast & distill the most important learnings in a quick, easy to read format. Just tell me where I should send it 👇